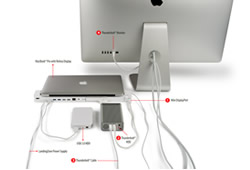 LandingZone 2.0 Pro dock seems like a must for those who use their Airs as a desktop computer most of the time (and just have a lot of wires in their life) – The Verge 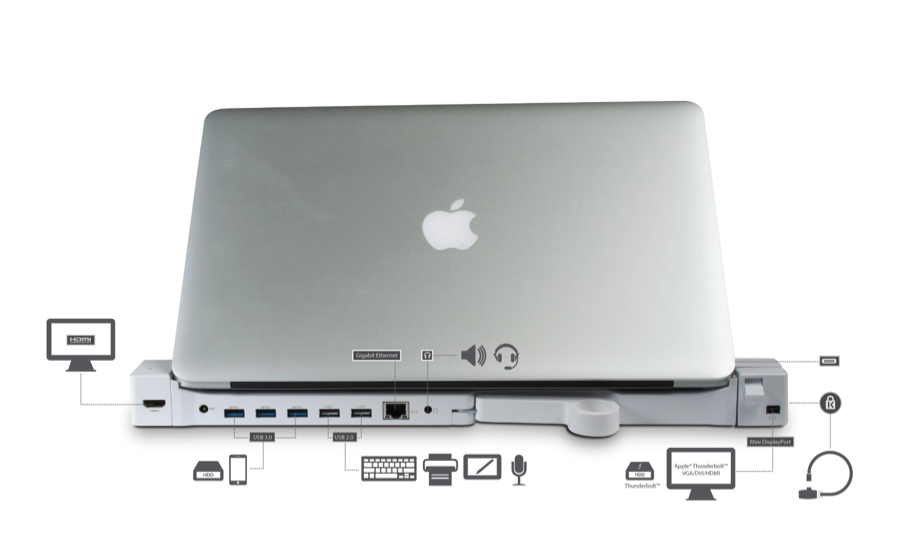 This business-class line of docking solutions will be on display alongside products by LandingZone partner ORtek Technology, Inc at CeBIT in Hall 17, Booth No. C20/1.

LandingZone docking stations are peripheral accessories for MacBook computers that add interoperability for a range of devices: wired Ethernet, 4 or more USB ports, HDMI, Headphone port, and Thunderbolt monitors and devices. The computer docks to all of these connections quickly in a single step, and can be locked through a Security Slot compatible with most Kensington keyed laptop locks.

The DOCK for the MacBook Pro with Retina display adds three USB 3.0 and two USB 2.0 ports, Gigabit Ethernet, a Headphone port, a MagSafe 2 holder, a native HDMI pass-through, and a Mini DisplayPort that can be used with Thunderbolt and Thunderbolt 2 devices and monitors.

The LandingZone 2.0 PRO works with all MacBook Air models released in 2012 and 2013, and connects four USB 3.0, Gigabit Ethernet, and Thunderbolt or non-Thunderbolt monitors and devices.

The LandingZone 2.0 LITE has dual USB 3.0 ports, which dock two USB devices at the same time for travelers and low-power users.

About LandingZone
LandingZone is a unique line of docking stations designed in California by infiniWing, Inc. Founded in 2010 with offices in San Jose, California, infiniWing creates unique accessories for Apple products. LandingZone products are used worldwide by individuals, businesses and educational institutions. Like us at LandingZoneDock on Facebook, follow us on Twitter @landingzonedock, and visit LandingZone.net.